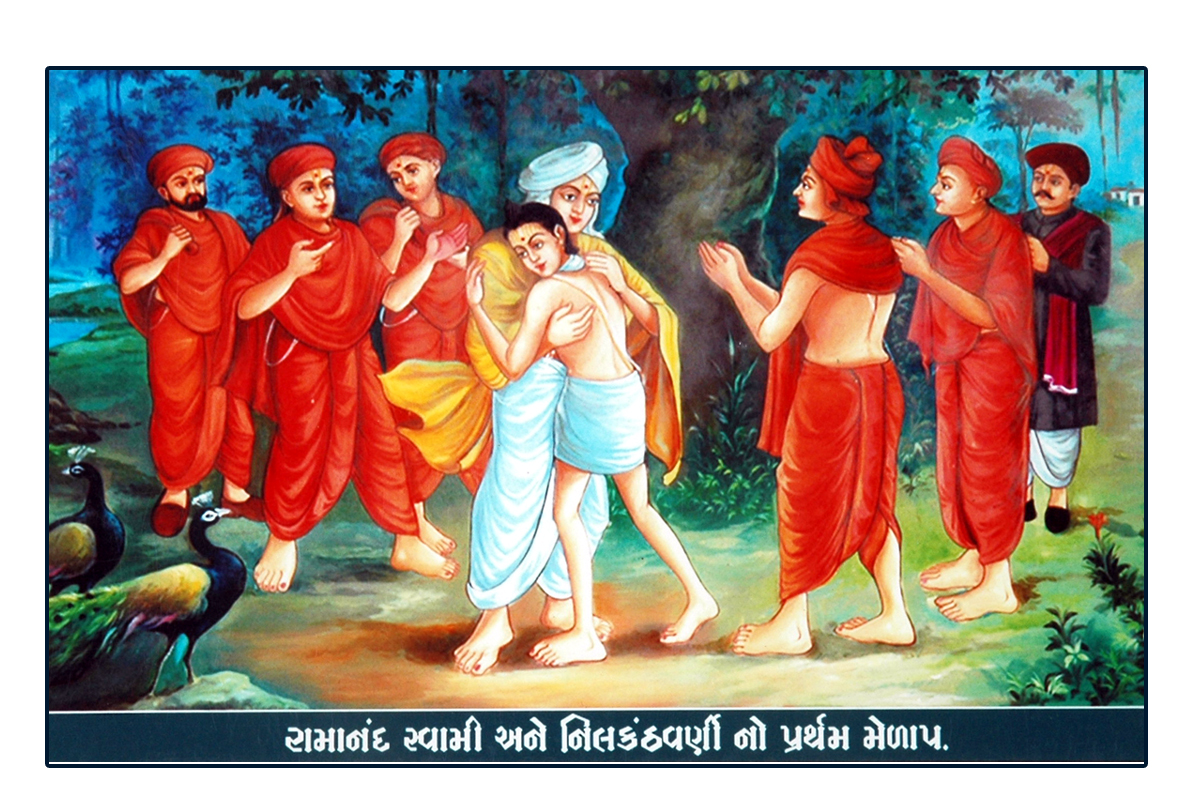 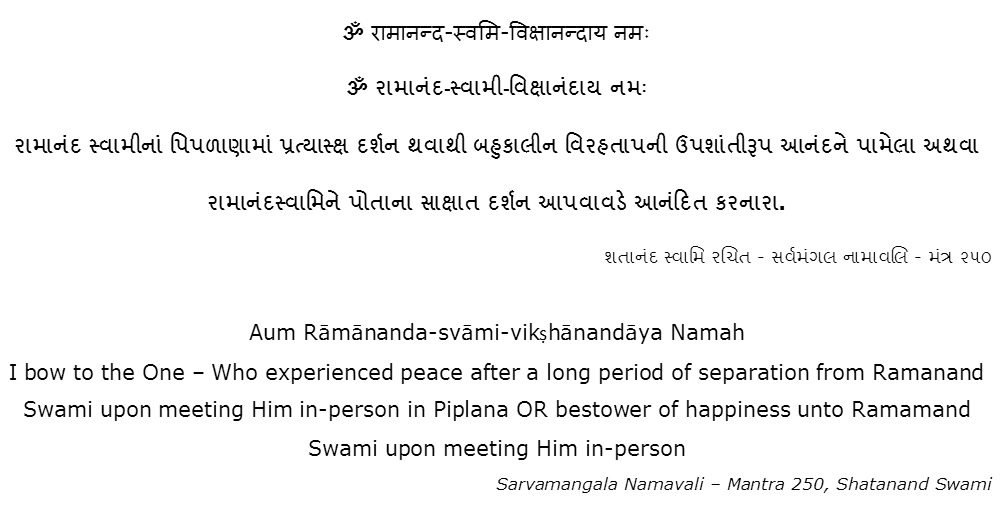 Nilkanth Varni enquired about Jiva, Ishwara, Maya, Brahman and Parbrahman to which Muktanand Swami answered clearly based on the teachings of his spiritual master. Nilkanth Varni insisted to meet him in Bhuj but was informed that the route was too dangerous and was persuaded to wait for three months until his arrival.

On Vikram Samvat 1856, Jeth Vad 12 (Thursday 18th June 1800), revered Ramanand Swami met Nilkanth Varni for the first time in Piplana. The Lord and devotee were both really pleased to have acquaintance and affectionately embraced each other with tears of love rolling down both eyes. This pastime (Leela) of the Lord is narrated in detail by Shatanand Swami in the first canto and fifty-sixth chapter of Shreemad Satsangi Jeevan. (Prakran 1, Adhyaay 56). Eventually, Ramanand Swami sat upon his seat and Shree Nilkanth Varni respectfully sat before him and both gazed at each other for about an hour. Other devotees present witnessed this wonderful sight and felt truly blessed to see such love between the two even though meeting for the first time. Shatanand Swami describes this divine meeting pastime as tremendously wonderful for all devotees present at that time and it being an unimaginable divine sight.

Honourable Acharya Shree Raghuveer-Sut-Sut (Grandson of Acharya Raghuveerji Maharaj, Son of Bhagvat Prasadji Maharaj - Viharilalji Maharaj) has authored a verse on the greatness of Piplana in the fourth Kalash and sixth Vishram of Harileelamrut (Kalash 4, Vishram 6).

Same Raag as 'Ekadashi Aaj no din saaro re'